INEC HAS NO INTENTIONS TO POSTPONE THE 2019 ELECTIONS, DESPITES…. 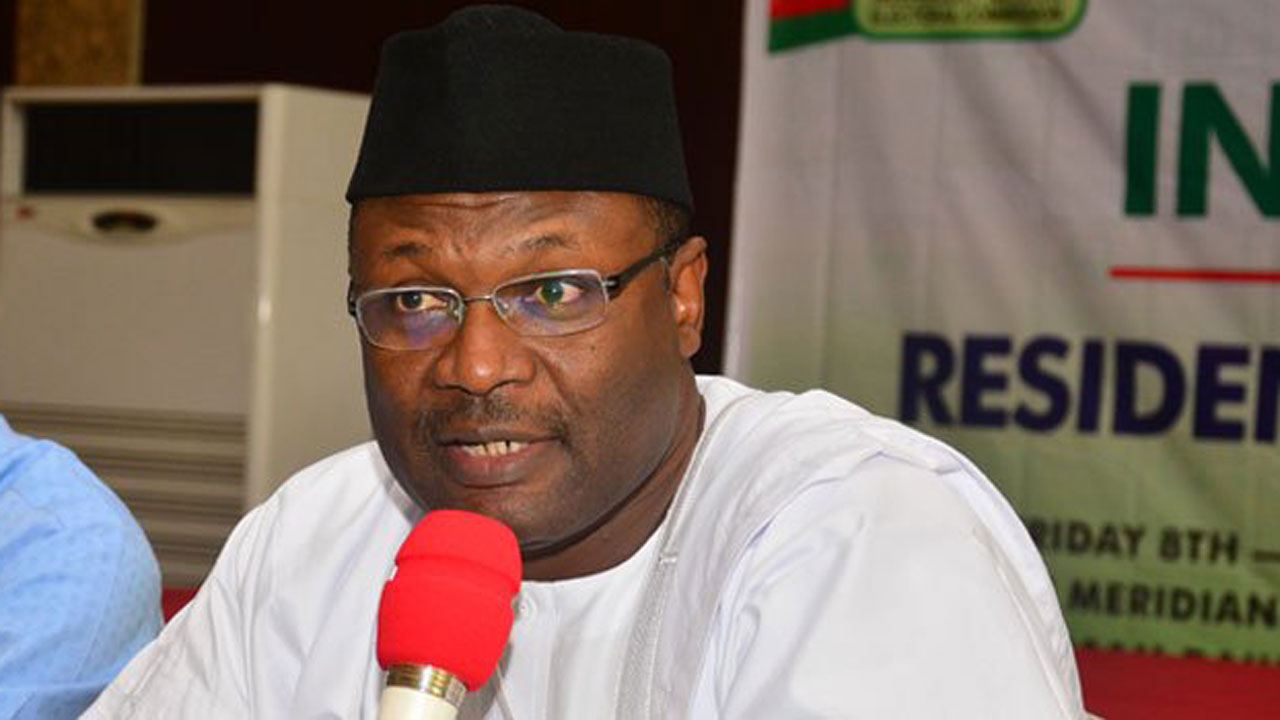 The Independent National Electoral Commission (INEC) has declared that the date for the conduct of the 2019 general elections remains sacrosanct notwithstanding the delay in the passage of the N189.2 billion budget- proposal for the conduct of the polls before the National Assembly. INEC Chairman, Prof Mahmoud Yakubu, gave the assurance while fielding questions on the implications of the development after a meeting with the Chief of Staff to the President, Abba Kyari, in the Presidential villa, Abuja, yesterday.Yakubu said the date for the elections had already been set, adding that the issue of postponement was, therefore, not being contemplated by the Commission to alter programme.“I have said this over and over again, there are no conditions under which elections should be postponed, under section 26 of the Electoral Act. The date is formed and fixed, February 16, 2019.

“We issued the timetable way in advance. For the very first time in the history of our nation, citizens of Nigeria know when elections will take place one year in advance. It has never happened before.”

The election umpire noted that for the first time in the history of the country, Nigerians now know the budget of the electoral commission.“That budget has never been defended before the National Assembly, and citizens know line by line how much the commission proposed, what the money is going to be spent on, I think I am very happy with this process,” he added.

“This is the standard practice. Each country that organises elections provides these facilities for those who monitor elections.“But their accommodation, transportation will be borne by various election monitoring groups and not by the Nigerian government,” he said.

Prof Yakubu dismissed speculations that his visit to the villa was in connection with the unfolding political development in the National Assembly. “It has nothing to do with our national politics. Recall that in March 2016, I was elected the President of ECOWAS network of electoral commission, in that capacity recently.

“We undertook a NEEDS assessment visit to the Republic of Guinea-Bissau and part of what they requested from Nigeria is assistance with voters registration kits.“Since I returned a little over two weeks ago, I have received daily calls from their electoral commission, and this afternoon (yesterday) the ambassador of Guinea-Bissau to Nigeria, they want to start the voters registration on the 23rd of this month but they are relying on Nigeria to provide the assistance.

“That was why I came and had a meeting with ambassador Lawal, with the Senior Special Assistant to the President on Foreign Affairs to facilitate Nigeria’s electoral assistance to Guinea-Bissau.“It is important to do so because you should also remember that for several years now, Nigeria has had troops in Guinea-Bissau to stabilise the country and that stability is dependent upon the conduct of proper elections.

“Once elections are conducted, Nigerian troops can now safely withdraw. So it’s much cheaper for Nigeria to provide this assistance,” he added.Earlier, the Chief of Staff to the President met with the Secretary to the Government of the Federation (SGF), Boss Mustapha, at the Presidential Villa, Abuja.

The meeting held behind closed doors after the Friday Jumma’at prayer session by Muslim faithful at the mosque in the State House.It could not be established whether the visit to see the Chief of Staff by the INEC boss and SGF was separate or not.But the SGF was seen leaving the office of the Chief of Staff at 4:53pm after about 40 minutes.

PRINCE NED NWOKO WILL BE INAUGURATED SENATOR NEXT TUESDAY UNLESS…

Re: The Quest For Peace In Idumuje-Ugboko: My Perspectives. By...

HON. NED NWOKO, A POLITICAL ENIGMA WITH A DIRECTIVE COMPASS.

STARS UNIVERSITY IS ESTABLISHED TO CATER FOR UPCOMING STAR ATHLETES….Prince...

I BELIEVE IN EQUITY AND FAIRNESS …Prince Ned Nwoko …. LAUNCHES...

A MEMO TO GOVERNOR OKOWA